/ The history of Szeged paprika / „We had to meet!” 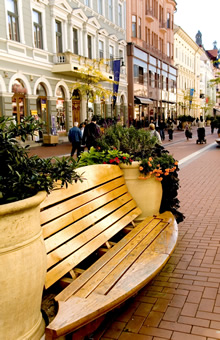 Are you, dear Reader, familiar with this not too old chart-topping song? For us in Szeged these three words mean something special: Hungarians who arrived from the East and paprika that set off from overseas to dominate the world dated for the first time in the middle of Europe and became permanent partners many centuries ago. Should he live and hear, probably even Christopher Columbus would smile to hear that he actually was their ”matchmaker”. Obviously, he could also not be aware that, thanks to his doctor, he brought to Europe a plant on his ship that is rich in vitamin C, and the lack of which nearly prevented, at least for the time being, the discovery of America.